What's the best method for using nextion hmi files with a tjc display?

I’ve uploaded one of them here: https://mega.nz/file/QUQRBaAA#fc6aM92tJJnszv_9fNRSlBT61W1KJbvQsRg4Uoz9VJA

Thanks, please test the TJC version. It should work fine in the USART HMI editor.

Works perfectly, both in the editor and on the device. How did you do it? I’ve opened the hmi files in a hex editor and had a look at a few of the checksums, but nothing stood out to me

They use a combination of the model number (NX4827T043_011 vs. TJC4827T043_011) and running checksums across all the objects in the HMI file. For example, if you change a page its checksum changes and the HMI checksum also changes…

The editor only opens files for models it recognizes and whose checksums are valid.

Hello, (I am new here but have the Nextion LCD and code for some time,) I am really looking for the to load my Nextion.HMI into the TJC of the same type size etc, for my Chinese customer. (super price sensitive) .

I have some TJC screens here [Aust] (and Nextion LCD) and also with my engineer in Nanshan SZ, but he said he cant load the Nextion.HMI file to the TCJ chinese editor… can I get the heads up on the process? please… really appreciate it, if we can.

Also, if I can ask, is there a way (have you seen) I can build / export a complied HEX file and load that in the TJC? to explain , I need the factory in SZ to load the files, but clearly I dont wont people messing with the set up.

I am running a Atmel 2560 (Arduino) custom PCB, with a reasonably large code application. I want the LCD process to be the same as the Arduino Atmel, where I can (do now) export a HEX and Bootloader and simply load in the processor at production.

We make boards for export (from China) and these use the Nextion, as its not that price sensitive.

be great help if we can…

There are several ways to open an HMI in the other editor. You either need to convert the HMI file, hack the editor to skip the brand check, or just open the editors side-by-side and re-design the app from scratch, but copy pasting scripts, reusing assets, etc… I believe there is even a company that does just that.

Once you have the HMI you compile it into a TFT file which resembles a HEX or BIN file for upload to the screen. You put this TFT file on an SD card for upload or you can transfer it over serial protocol. There will be one TFT for Nextion and another TFT for TJC.

You wrote: “There will be one TFT for Nextion and another TFT for TJC.”

To clarify, the editor does NOT create 2 TFT files, one for each display type.

For those so privileged, I’ve sent instructions privately for how to get the TJC editor working in English. I will NOT release those instructions to ‘brand new’ registered users. Nextion is watching…

You are great！I want to do the same thing but do not have the ability. I talked with Chinese manufacture. They said they can not provide the English version of the software because they have agreement with some company, I think it is Nextion.

Patrick and the others at Nextion really could create a wonderfully supportive product and community if they were nicer to the community and their customers. There’s absolutely no reason they couldn’t foster a fanbase supporting their product. Combined panel and GUI development app makes for an outstanding product. It’s their attitude, demeanor, and dismissive nature towards those that aren’t ‘developers’ that sour their reputation.

I really think if they showed some respect, understanding, care, and compassion for those who wish to send them money buying their products they could build a powerhouse product line in the industry.

At this point, it just seems like they’re a bunch of guarded, paranoid, jerks.

Hi, thanks for the info on the conversion, that was OK, I can convert my large Nex HMI and load in the Chinese version of the USART and that builds a TFT and that loads, all good, so the factory can use that to load the TJC panels. big thumbs up,

comment I have is the (other notes) about converting the USART to english is not much point, as the Device(s) are still NEX anyway, unless there was a mod for that I dont see, so its exactly the same as the Next Editor anyway. so i just leave in Chinese and build a TFT from my import,
…

My remaining issue is the use of the Chinese fonts, of course UTF8 is ok, but the file is shall I say big,! and I already have l lot of graphic and about 10 pages , I was previously using the GB2312 . and thats about 500K or so, I prefer smaller, but,
that displays the Chinese Char correctly, but when I use the setText (“出口”); in my Arduino code the LCD displays “other” char,
I tried as Text / string or as Char, etc , but same deal.

i am looking at now simply building a custom font, (to get the size small) [because I like small] and give me more mem for look good images, as opposed to lots of unused Chinese Char taking up space.

I set the Device Character encoding to GB2312 , and built the font on gb2312, the LCD can display as ok, but in the code setText … its wrong,.
any thought appreciated,

Regarding the big fonts, you can click on the number of characters when generating an UTF-8 font: 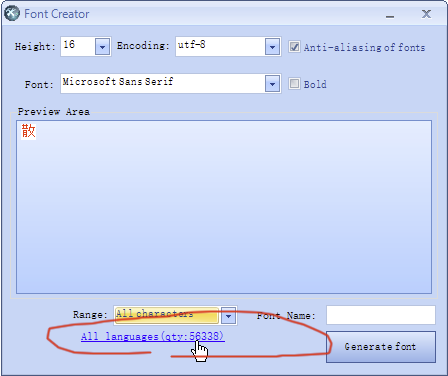 You can then only pick the scripts you need: 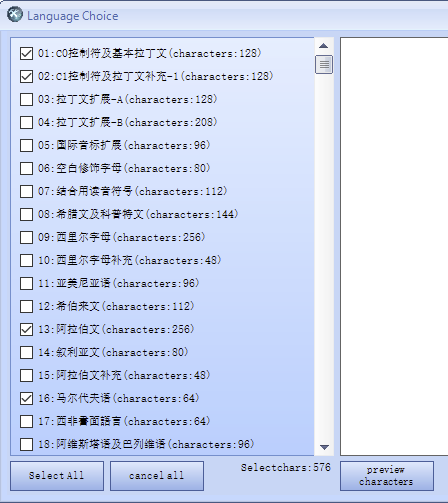 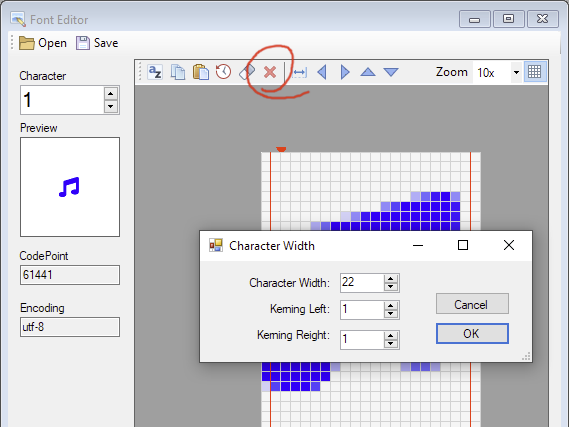 ok tks, I had also been down that rabbit hole, I was hoping to get a working GB2312 Chinese font, that is also Ok when I used the Arduino code, to setText(“xxxx”); as the one the nextion generates now is not, , it sets the text to “random” chinese char, for some reason .
I may need to get my chinese tech in Shenzhen to have a go.

I’d love to get on your privileged list despite being new to the forum. My first post was in offtopic and described some of my pain with dealing with Patrick. So hopefully that goes some way to proving my non-Patrickness. For migrating from Nextion to TJC I’m favoring the rewriting the checksums route but, I guess, I still need TJC editor to upload to TJC displays? But maybe the translation is not critical if the program process is the same?

Hi Sakza !
I’m encountering the exact same problem for the DASH4.3 in SimHub after having ordered a NX and recieved a TJC screen.
Could you please share your .HMI file? or could anyone give me a hint on how to convert the file in HEX editors?

Thank you in advance.

Can you share your experience on converting the Nextion HMI file to TJC too? It’s really pain in the axx to rebuild one for TJC.

I hate this bitches so much, even in an unofficial forum users must have at least some privilege to get like TJC working in english. Because Nextion is watching. If you see this, fuck you nextion/patrick, you are a bitch, big ass bitch, you work only for money, and you get them, a large amount of them, fuck you.

I guess that the only non-hacking way is to open the Nextion and the TJC Editor side by side and doing copy and paste for hours to rebuild your HMI.
BTW, you might have your personal reasons for your emotional (in my eyes unprofessional) reactions against Patrick, but I think that you would not work for free, either. I’m far from defending him - he appears in fact to be somewhat special - but your abusive use of foul language devaluates this unofficial forum where which is an important and valuable refuge and resource for many of us.

I don’t say “work for free”, I won’t either. But! When you get a contract with TJC just to make the devices sold in EU/US market in English while abusing its buyers, and even making people in other forums do illegal things #unmaskedpatrick. That is a really bitchy move, he sells the displays for far more than TJC does (2~3x more). I am really pissed off from his actions. Sorry for my let’s say “too much abuse” but that’s really stupid.
NEXTION IS NOT OPEN-SOURCE
NEXTION WILL NOT BE OPEN-SOURCE
NO REVERSE ENGINEERING
Hag uploaded a font generator on the Nextion official "forum", got abused by Gerry and Patrick for reverse engineering(?).

From the perspective of my clients in Russia and some Baltic states, they understand that Itead/Nextion has

All this is added value in their eyes which fully justifies the higher price. Other products like 4D systems or Siemens are still much more expensive and more difficult and slower to develop on. That makes that the professional customer is most times ok with Nextion products, especially for quick prototyping and small/mid size production batches where the development hours have more impact on the item retail price than on very large series.

The calculation might naturally be different for a student or hobby project where one buys single items on a pocket money budget, has to pay sales tax and one can not count on volume discounts. But that is neither TJC’s nor Nextion’s principal market.