My 'lovely' experience with the Nextion customer support

I have a problem with my Nextion display, so I decided to ask the customer support for some help.
I tried to post this to their forums, because I think their customers have a right to know how they threat (indirect) customers, but I was banned within 15 minutes. They also deleted my account, so I cannot respond anymore. 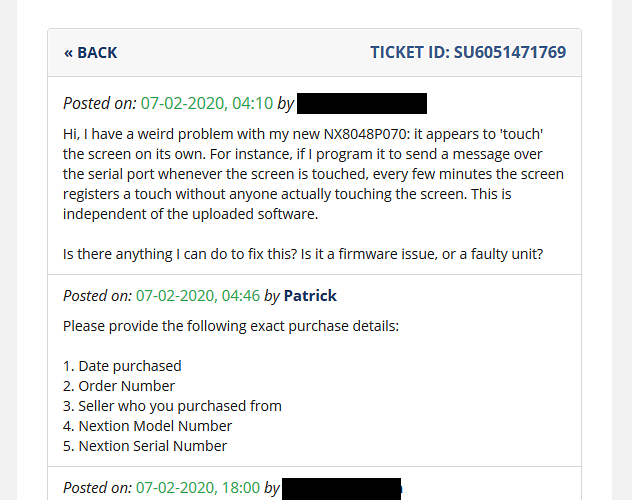 I knew it. Just read Patrick rules and messages at his forum

Patrick Martin is a jerk, and a disgrace to Canada.

Look at his stupid reply, he didn’t even begin to address your original query.
Overly defensive people have mental health issues.

I shared this with Itead, because it also reflects badly on them. Sent the screenshot both through email, and through facebook. Their response (on both):

At least they’re nicer about it. The screenshot is still public on Itead’s facebook page, so I don’t think that they understand how it might scare potential customers away, probably due to a language barrier. Maybe I’ll ask one of my Chinese collegues to explain the situation in Mandarin.

“Blame the victim” is the tried-and-true approach to customer service that one can expect from these guys. I understand the “contact the seller” thing, but they just can’t help but throw some personal insults into each message to make sure you understand just how stupid you are (and by extension, how much smarter Patrick is).

I had a nearly identical exchange with these fellas about a year ago for a faulty touch sensor that went pretty much the same way. When faced with clear evidence that the sensor was messed up, the immediate solution was to insult me personally.

At this point I kind of feel bad for Patrick in a way. It’s clear that this is just the person he is. It’s probably fair to assume he’s “on the spectrum” and as a result has little idea of how to interact with people interpersonally without things immediately devolving into this sort of thing. Autism is a bitch, and I can’t imagine it has done a lot of good for his personal or professional life.

Don’t feel bad. I got banned at their forum after sharing a project page for entering hexadecimal MAC addresses. So, I didn’t even complain about anything.

One more case of the main two problems xinese suppliers face when dealing with non xinese/asiatic customers:
-Language idioms/etiquette
-Blame the customer for any issue

Aditionally to this, some frustrated agents put their angry on the customers as they can’t do on their employeers.

So, having said that, we better choose the cheap purchase just in case replacement unit needs to be ordered. We all know xinese product is not always a high quality option.

Note:
English is my 3rd language so, sorry for any mistakes.

I think that it’s more about statistics:
Industrial customer buys 1000 units, one doesn’t work as expected (0.1%), not waste time (which is money), throw it away and take the next one, normal procedure.
Private customer buys only one single unit. If that doesn’t work, he sees a fail rate of 100%. But for the manufacturer who sells thousands of units, it’s still negligible and they don’t really see a problem.

I wouldn’t place our good friend on the spectrum… Even people on the spectrum have a fair understanding of good vs bad. And -even while sometimes being judgemental- I believe that it is usually not intentional if they come across as being a jerk.

On the contrary, the Nextion team has a demonstrable superiority complex and revel in humiliating their customers. Also, they don’t tolerate alternate views, are pathological liars and don’t think twice of it. Victim blaming, constant lieing and lack of compassion sounds more like the traits of a psychopath to me… but I’m no expert.

So, @Fjodor is right: they wouldn’t see a problem even if it bites them. The number of people on this forum and the Discord channel is a testament of their behavior. Here we encourage open discussion and offer a place for people to interact and actually help each-other.

There is a fix for “self touching” displays - heat up the front of the screen with a heat source, such as hot air station set to 200c, or maybe a hairdrier

Just a quick update:
After doing some tests the seller also agreed that the unit was faulty. Since I wasn’t interested in a new Nextion display he agreed to refund me.

I’ve now switched to a display by 4D Systems. It’s almost twice as expensive, but it’s a much more flexible ecosystem. You can program it just like a normal microcontroller, so this allows you to do much more complex stuff, and for many applications you won’t even need an Arduino or other microcontroller.

It has a much steeper learning curve than the Nextion ecosystem, there are some annoyances, and the IDE can be a bit buggy sometimes, but in general I’m very happy to have made the switch.

y know whats strange? i had a unit defect too! and by my surprise they actually sent me a replacement! without even asking to send it back… i still dont think something changed, maybe i gave enough so that they know who r they tryin to mess up with lol, but also i think bcz it was handled by Daniel (idk who is he, but he was kinda polite)… so i know dat y all wanna read, so here you go! 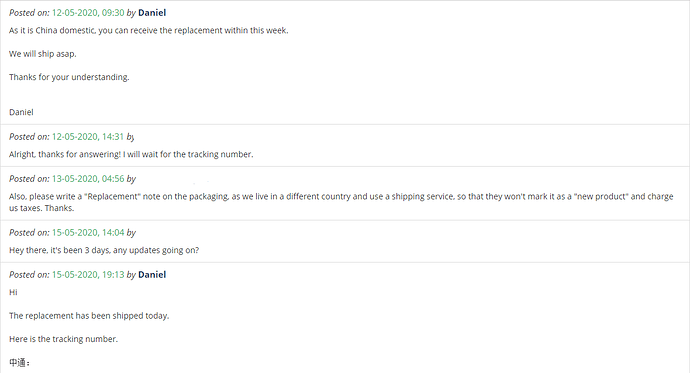 I am just impressed that they did this lol.