This is Cardamom - DIY MIDI controller I’m currently using for DJing. Hardware-wise its central point is 10" resistive screen and firmware wise it’s running my own OpenDeck firmware, which now has official support for Nextion displays. 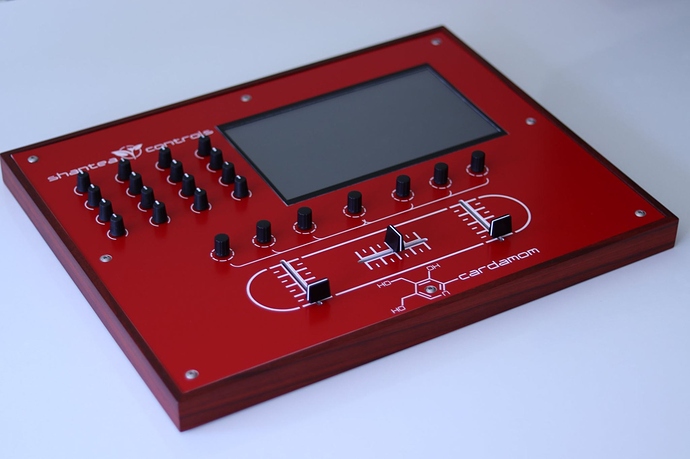 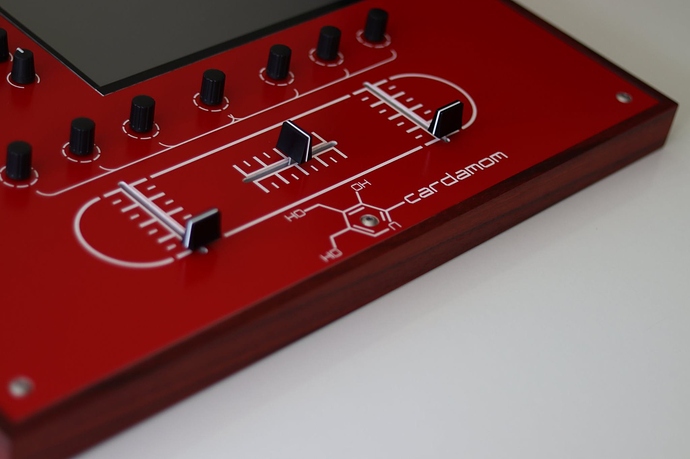 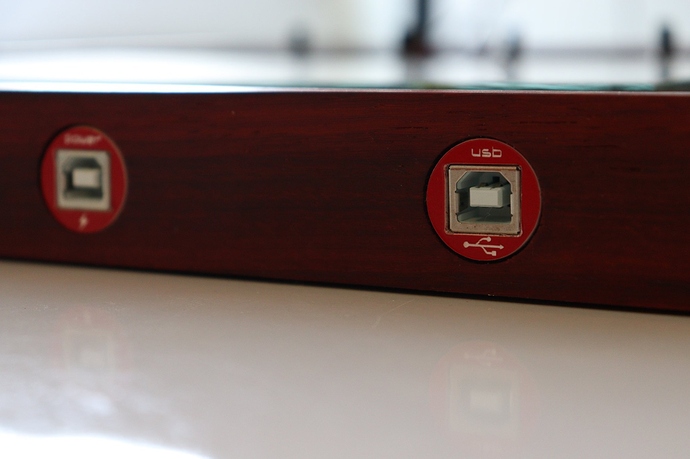 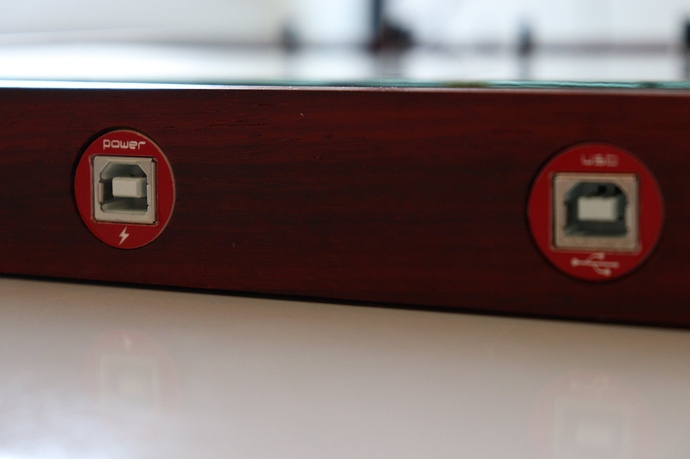 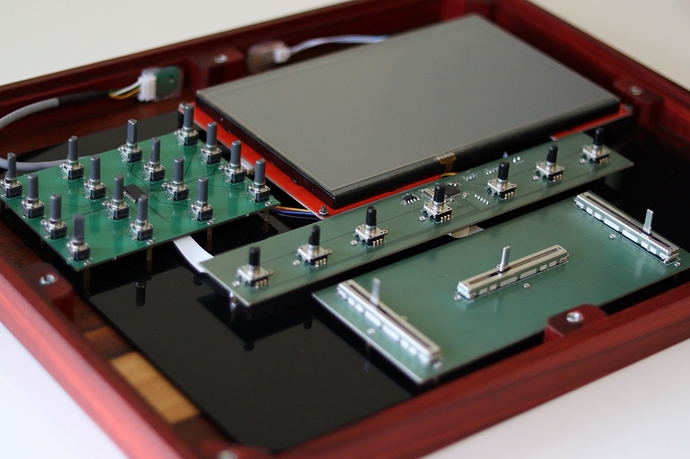 See in in video here:

Oh wow! A cool project! But pretty sure it would be better with a capacitive touch

WOW that looks great! That enclosure is fabulous, can you explain a little about the build? Looks like maybe CNC routed cherry? What’s the top surface?

It wouldn’t! I was using capacitive one at first, but it’s no good for DJing application. Quite often I want to press something very quickly so I do it with fast-paced movement towards screen and then I quickly release the finger. Sadly, capactive screens have issues registering that - they are good at touches, not presses, which is why I’m using the resistive screen.

As for the build, wood is african Padouk. Plate is a plexiglas/gravoply 2 sandwich. Both are laser-cut and gravoply is also engraved. Gravoply is only 1.5mm thick which is why it’s glued to another 3mm plexiglas plate.